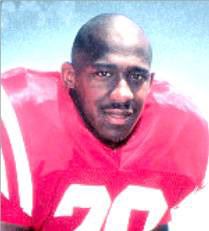 Sigma Nu Charity Bowl was started in 1990 to honor Chucky Mullins, an Ole Miss football player who was tragically paralyzed the previous season. Mullins was injured in the 1989 Homecoming game vs. the Vanderbilt Commodores on a play in which he dove head first into fullback Brad Gaines. Mullins was immediately paralyzed due to several shattered vertebrae in his cervical spine.

Shortly after returning to Ole Miss to finish his degree, Mullins passed away in May of 1991. Mullins has since been an inspiration to the entire Ole Miss community. In his memory, the Ole Miss Football team presents the Chucky Mullins Courage Award to one player who wears Mullins’ No. 38 jersey.

Every year, Sigma Nu suits up to play another fraternity chapter in the annual Charity Bowl football game in Vaught Hemingway Stadium. The event also features a sorority cheer competition prior to kickoff as well as a homecoming style court at halftime. Funding is raised for Charity Bowl primarily through Charity Bowl program advertisement sales and financial donations.

In the years since its inception, Charity Bowl has grown to be the largest collegiate philanthropy in the country. Every year, a victim of paralysis is chosen as a recipient. Through the hard work of the active members, as well as the generous donations of chapter alumni and various businesses from across the south, Sigma Nu has been able to raise over $1.5 million for its recipients. In recent years, Sigma Nu has also donated money to the Blair E. Batson Hospital for Children in Jackson, MS.

If you have any questions regarding Charity Bowl advertisement sales and donations, please email philanthropy@sigmanuolemiss.com.

We hope that you will support Marcus Banks as the recipient of the 2015 Sigma Nu Charity Bowl. Funding is raised for Charity Bowl primarily through Charity Bowl program advertisement sales and financial donations. You can support Charity Bowl by making a donation online through our website or by mailing in a printable form.